← back to
Wantok Musik 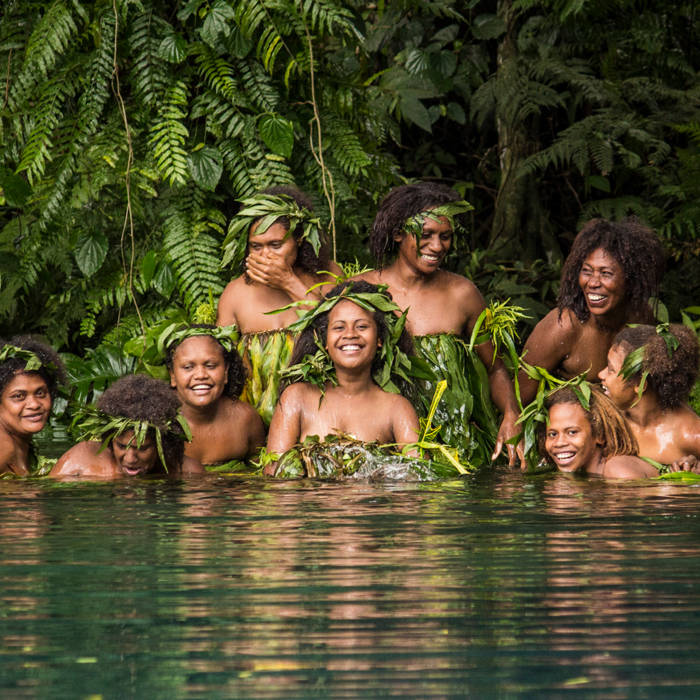 The performers of the Vanuatu Women’s Water Music group hail from the remote northern tropical islands of Vanuatu. They travel the world performing the Na Mag and Ne Lang dances as a prelude to the mystical water music, dressed in their traditional costumes of Gaua and Mere Lava made from flowers and leaves, coconuts and pandanus. Their performance is truly mesmerising as they reimagine the old with contemporary expressions of Matto - bringing together traditional beats and rhythms with ukulele-led melodies and soaring vocal harmonies.

Bandcamp Daily  your guide to the world of Bandcamp